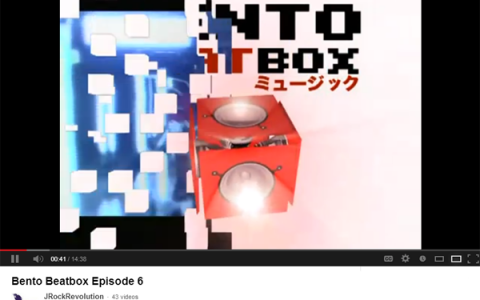 JrockRevolution.com’s cable television program “Bento Beat Box” aired On Demand on Anime Network. It was available for many major cable companies across the country as well as through their website On Demand. While I’ve had the pleasure to work with the creators for press release and sharing the videos after broadcast through the JrockRevolution.com Youtube channel and posting through social media, I did not have the opportunity to write for the series up to that point. In Episode 6, I had the chance to write the script for the Cure Media USA portion and was appreciative that it was adhered to almost in entirety. Please enjoy this episode of Bento Beat Box. Jrockevolution.com Anime Network