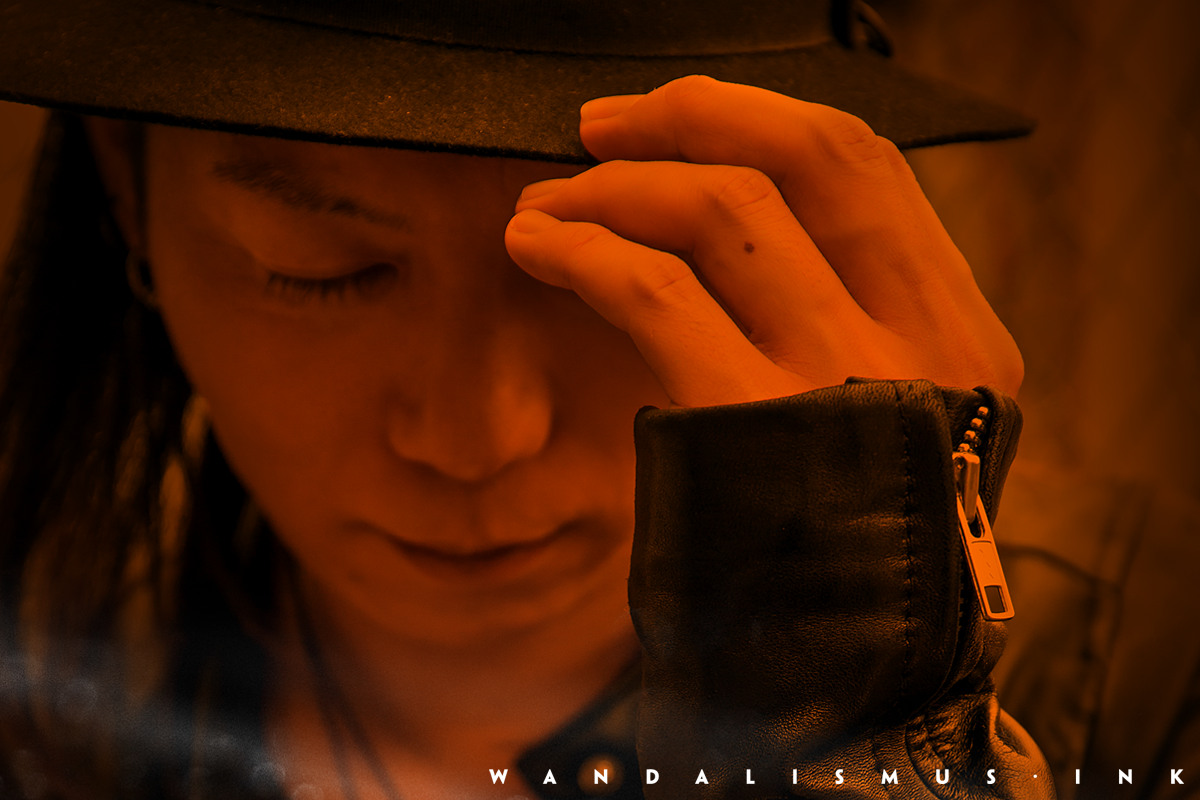 In 2015, Ali has expanded into artist representation, securing an invitation for HIZUMI, ex-D’espairsRay, to the Naka Kon Convention. The convention is held in Kansas City, KS and marks the first time that HIZUMI appears in the U.S. since D’espairsRay’s last tour in 2010. The convention takes place March 13-15, 2015. This entry will be updated after the convention.

From JRockRevolution.com: The Japanese fashion and music industries will have some representation with the appearance of designer HIZUMI (ex-D’espairsRay), Jin (vocalist, Youtaite singer), and Ali Watson (JRockRevolution.com) at this year’s Naka-Kon Convention in Overland Park, Kansas this March 13-15.

With over 12 years of working as the vocalist, lyricist, art director, and designer for D’espairsRay, HIZUMI has visited various parts of the world, including the Wacken Open Air festival in Germany, Jrock Revolution in Los Angeles, California, the Taste of Chaos tour in America and Canada, and the Human-Clad Monsters tour in Japan, North America, and Europe. Now a designer with his own company, UMBRELLA, HIZUMI works with numerous bands on design and development of their images and merchandise.

During the convention, attendees will be treated to an introduction of HIZUMI and his work in music and design through special panels as well as have the opportunity for a Q&A session and autographs. Naka-Kon marks HIZUMI’s debut appearance as a designer.

Jin is a VK (Visual Kei) vocalist who has been with bands in Canada and is now beginning activities in Japan. From Visual Kei to vocaloid and anisong, Jin has a wide variety of musical talent to share. Jin brings the expertise of being behind the mic and behind the scenes in a fickle entertainment industry and will be offering some insights into both.

Ali is best known as the Site Coordinator for JRockRevolution.com and will be sharing experiences with working in a Japanese rock webzine as well as other aspects of the Japanese music industry. She’s spoken before on various entertainment topics at anime conventions throughout the United States in addition to speaking at the famed SXSW (South by Southwest) in Austin, TX to discuss the Japanese music industry in 2010.

In addition to representing JRockRevolution.com through stories and experiences, Jess will host and moderate panels throughout the weekend. Stop by our Japanese rock and fashion table in the vendor’s room for some exclusive merchandise! Watch for the announcement on Naka-Kon Convention’s website, coming soon! Don’t forget to register and attend, too!

About Hizumi
Following the disbandment of D’espairsRay in 2011, HIZUMI started his own design company, UMBRELLA. Currently, HIZUMI is designing for his own brand with T-shirts, mugs, prints, and accessories. He also designs other Japanese rock bands’ merchandise such as PIERROT, D’ERLANGER, LM.C, ALvino, defspiral, and REDRUM.

About JIN
JIN is a Canadian VK (“visual-kei”) band vocalist and Youtaite (Youtube singer) who’s now based in Tokyo. He was a leader in the Vancouver j-rock scene, and was known for his visual and high energy performance style. He fronted “eqlipsE” (2003-07), one of the best known overseas VK bands at the time. In 2010, he formed an “anisong” cover band, “Final aNiX,” and performed at various anime conventions. He also started Youtaite activities in 2009 covering many different VK and anisongs.

About Ali
Since 2008, Ali has had opportunities to work with domestic and Japan-based individuals and companies to develop content for the website. She’s also worked as an independent consultant for tour promotions, international street team development, and graphic design. Ali continues to work on developing a broader range of connections in an ongoing effort to source opportunities for artists as well as bring fans closer to their favorite artists.

About Jess
Jess is a correspondent of JrockRevolution (JRR.com). She first took part of the JRR Denver Street team activities in 2008 for the Taste of Chaos tour and Juno Reactor with Sugizo. After that snowballed into live reports for D’espairs Ray and X Japan, she eventually did interviews with bands such as Luna Sea and B’z.

About Naka-Kon
What is Naka-Kon? Naka-Kon is an Overland Park, Kansas based anime convention. We celebrate Japanese animation and the influence anime has across the globe by educating people from all walks of life in many diverse facets of popular and traditional Japanese culture. Naka-Kon is run exclusively by volunteers and puts 100 percent of its resources into making the most out of the convention. [From their official website]