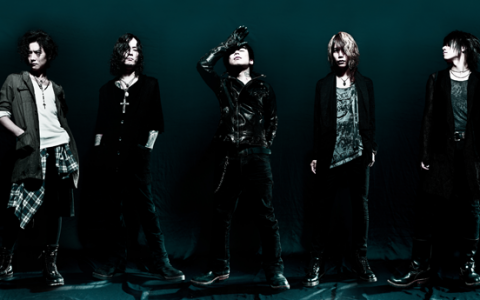 It’s relatively easy to say 99 percent of the people in the audience knew Dir en grey‘s music: from newer fans, to seasoned veterans or friends dragged along because “you have to see this band.”  Once the lights dimmed, the crowd’s deafening greeting proved its dedication.

With the surge of people toward the stage, one had to wonder if the few security guards would be enough to keep the masses back. Fortunately, fans seemed to keep themselves in check just fine when the band entered the stage at the last three stops of their North American tour.

Dir en grey consists of Kyo on vocals, Kaoru and Die on guitars, Toshiya on bass and Shinya on drums. From their inception, the lineup has remained true, as has their penchant for giving an intensely moving live performance. To date, they’re one of the few bands from Japan who have made a strong, consistent effort to reach their international fans. Having recently come off a Japan tour and one through Europe early in the year, Dir en grey rocked South America before hitting the North.

Once their set started, not a moment was wasted. The solid sound of drums, guitars and bass meticulously paired with Kyo’s distinctive vocals.

There were some subtle differences between each show. Shows in South America were gifted with Kyo in mask. North America lives saw him in a modified peacoat and—in Los Angeles, his familiar track suit. Toshiya swapped between a jersey and his trademark kilt.

Kaoru’s styles were more subtle, save for a pair of eye-catching purple shoes. Both he and Die sported new 7-string Viper guitars. At the end of the Los Angeles show, Die whipped his around to show off a “Scream for the Truth” sticker, a campaign Dir en grey started prior to overseas touring in order to raise awareness about issues following the Tohoku Earthquake and tsunami of March 11, 2011.

During the last tour, the setlist relied heavily on their release, “Uroboros.” Similarly, this tour’s tracks were dedicated to their new album, “Dum Spiro Spero“—roughly translated from Latin as “while I breathe, I hope.” Much to fan delight, many older songs were also interspersed, such as “Shokubeni,” “The Final,” “Kasumi,” and others.

A lot of fans we spoke with were encouraged and excited about seeing Dir en grey live, be it their first time or fiftieth. Regardless of how many times they’ve played in the U.S. and internationally, they remain fan favorites as a must-see every tour. Their music has been called hard rock, heavy metal, experimental metal, grindcore, deathcore—even nu-metal’s been suggested. Not a single genre fits their style. Indeed, from album to album, the style changes subtly, yet distinctly.

Dir en grey makes music. Let’s just leave it at that.  Rather than look for a line to draw, kick back, crank the volume and rock out to a unique and innovative band that’s ever-evolving.

Original article can be viewed here.