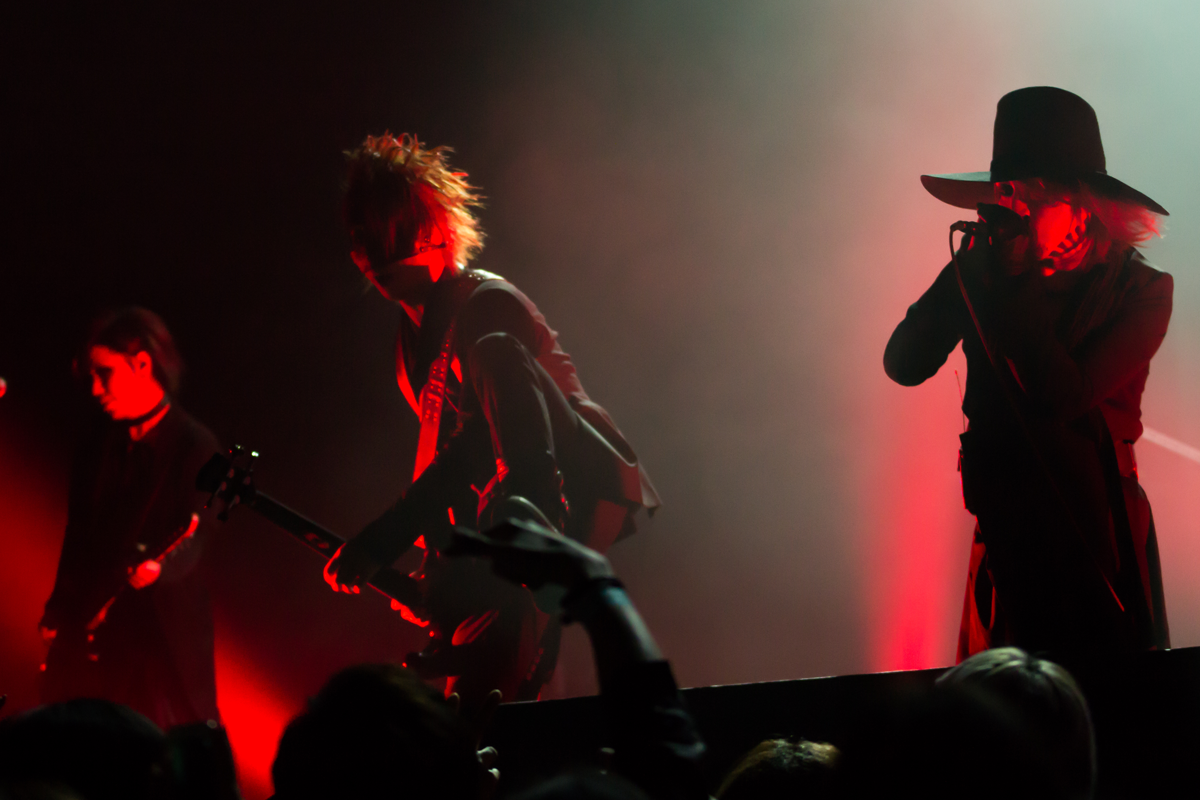 For a decade and a half -almost-, one band in particular has embodied the soul of visual rock to not only be pioneers in style, but in sound. While they skate the edge of ‘legendary’ in the eyes of many, there is also little doubt that there will ever be a band like them again. They’ve had the makings of a serious force since their inception and in recent years, their music has proven time and again that their creative force is still on the rise.

That band is the GazettE.

From 2002, fans of Visual Kei and Japanese rock have at least heard of the band and likely numerous songs over the years. Most Japanese music fans can name a few songs even if they’re not die hard fans. It’s testament to their reach and influence to be able to reside in the memories of so many.

For those dedicated ones who have come to love this band and their music, were you to ask any one ‘what is your favorite song?’ The response would probably be two songs. Then three. Then five…There’s no such thing as one favorite song; at that, there will probably be playlists for moods, memories and more.

For all their years of creating captivating music, the GazettE has seemed reluctant to tour much outside of Japan, and not in North America before now. This year saw their first world tour that included so many new stops for them. As the tour draws to an end, they’ve been able to see new places and greet fans that they’ve never been able to before. Fans all over the world have attended shows in other countries just to see them perform outside Japan. Maybe you were one of those?

The one thing that is a true gauge of the ferocity of fan’s love is the sound in the venue when the lights go down, of the first steps of a shadow on the stage. On May 1st, fans of the GazettE didn’t disappoint in their deafening greet to Kai, Reita, Aoi, Uruha and Ruki.

From the first notes of the first song, the Regency Ballroom had its work cut out for it in containing the sound from band and fans alike. The energy reverberated in the air and in the floor beneath us, causing the whole balcony to shake from the stomps and screams of fans. For a while, it felt as though any loss of sound of either side would tip the balance between magic and chaos. For nearly two hours, there wasn’t even an outside world, there was only this concert.

There were numerous fan favorites spread throughout the setlist, much as they’ve done in previous shows. Fans have clamored for their favorites and spread throughout the tour, the GazettE has delivered. All five members knew well how to make the crowd most responsive and fans didn’t disappoint. From their stage outfits to the intense lighting, every moment of their performance illustrated their love of their craft and the appreciation they have for those who love it as well.

Now for Tuesday, May 3rd, the guys moved on to Los Angeles for their show at the Wiltern. This incredible venue has hosted the JRock Revolution Festival I –X JAPAN played here on their first North American tour. Now it was the GazettE’s time to turn this joint into an ordered frenzy and they did just that with enthusiasm and then some.

Perhaps one of the more illuminating moments between both shows was Ruki’s voice. In earlier years, he’s demonstrated that he has a good range, able to mold ballads into moving pieces and rock hard in heavier songs. In both venues, his vocal range was put to the test and he did not disappoint. Between ballads and throaty growls and even screams, Ruki’s voice is something truly appreciated live as well as recorded.

Throughout the early part of the show, Uruha had solo moments were the spotlight was solely on him and he showcased some amazing skill, able to play and play up to the fans in modest showmanship. At times, Reita had a solo and it was refreshing to see a bassist spotlighted. Behind the drum set, Kai is undoubtedly the happiest drummer in history. His effortless movements and sheer joy of playing make it hard not to pay attention to him for any one song. Aoi was generally more somber, yet when he wanted to pump up the crowd, he managed to do so with ease.

Which songs were your favorites? Who sparked the most energy for you during each show?

What message would you want these five musicians to take away from this global inaugural tour?